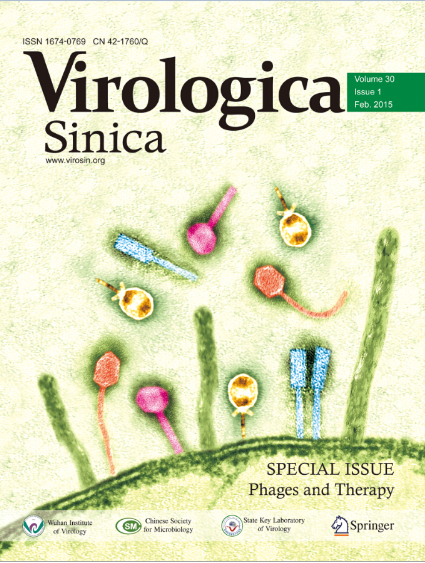 Editor(s): HongPing Wei, PhD, Professor Wuhan Institute of Virology, China
This issue of Virologica Sinica is to celebrate the 100th anniversary of the discovery of “fi lterable lytic factor” or “bacteriophage” (1915-2015). During the past 100 years, both basic knowledge and applications of bacteriophages have been substantially explored and developed. In recent years, bacteriophage research is booming and holding the hope to tackle the rise of antimicrobial resistance in the post-antibiotic era. In this issue, new phages are introduced, phage lytic enzymes are described, phage and host interactions are discussed, and successful experiences of phage therapy are shared. The cover illustrates the phages in this issue: ΦVMY22 (golden yellow), ΦCASbig (orange red), ΦKAZ14(magenta). And the phage in blue color is the courtesy of the Core Facility of Wuhan Institute of Virology. 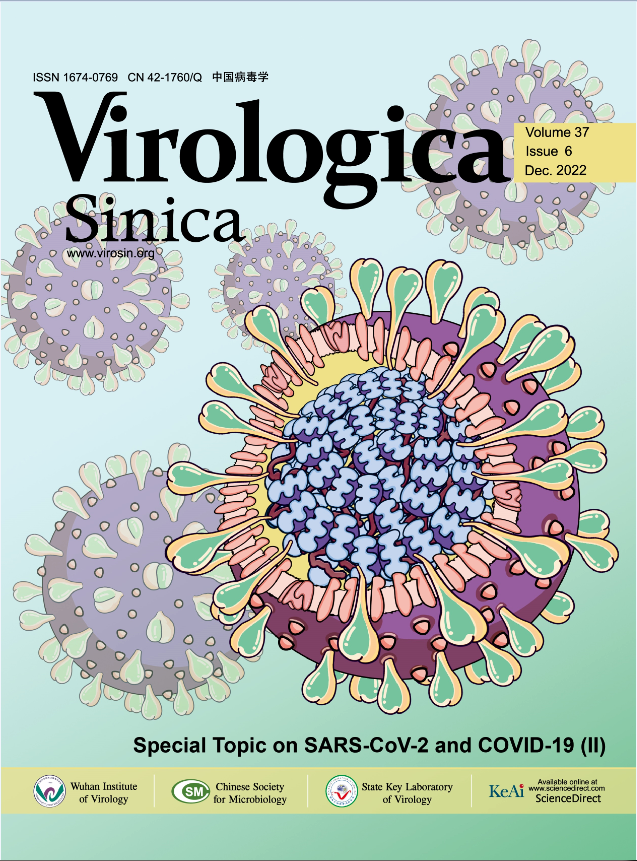