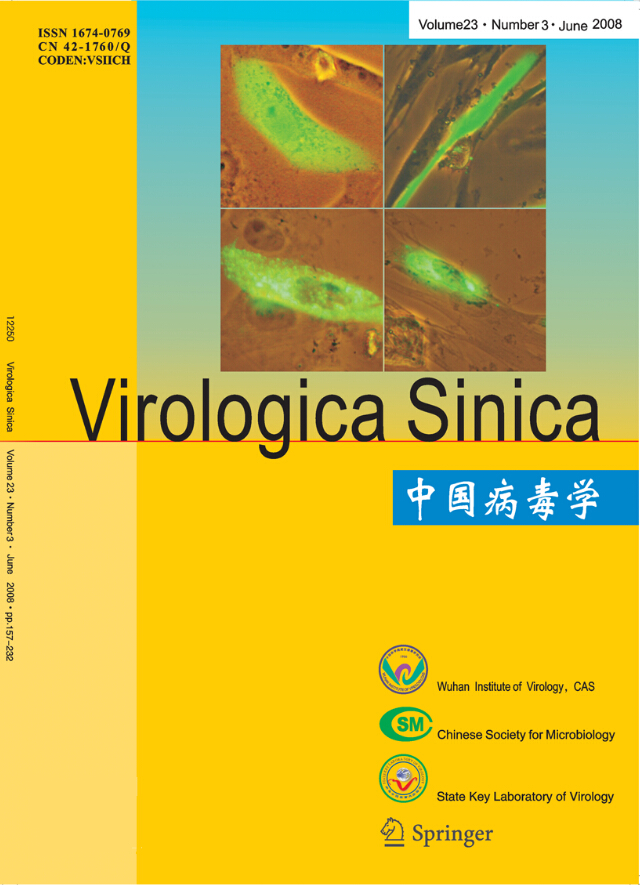 Fund Project:  the Knowledge Innovation Program of the Chinese Academy of Sciences 0702121YJ1

Abstract: To purify the protein encoding the small capsid protein (SCP) of KSHV and analyze its immunogenicity, the carboxyl terminus of orf65 of Kaposi’s sarcoma associated-herpesvirus (KSHV) was expressed in a prokaryotic expression system. The expression of recombinant E.coli containing pQE-80L-orf65 was induced by isopropyl-β-D-thiogalactopyranoside (IPTG) and the fusion protein was purified by chromatography. The expressed protein and its purified product were identified by sodium dodecyl sulfate- polyacrylamide gel electrophoresis (SDS-PAGE) and showed that 9 kDa was the expected size of the purified orf65 protein. The antiserum was produced in rabbit which was immunized by purified orf65 protein. An ELISA assay was established to analyze the immunogenicity of the purified orf65 protein. The ELISA analysis demonstrated that orf65 protein has strong immune activity, and the immune activity of polyclonal antibody against orf65 was more than 4 fold higher than that in the serum of the non-immunized rabbit. These results demonstrate that purified orf65 protein has very strong immunogenicity and can be used in screening KSHV infection in the general population using ELISA