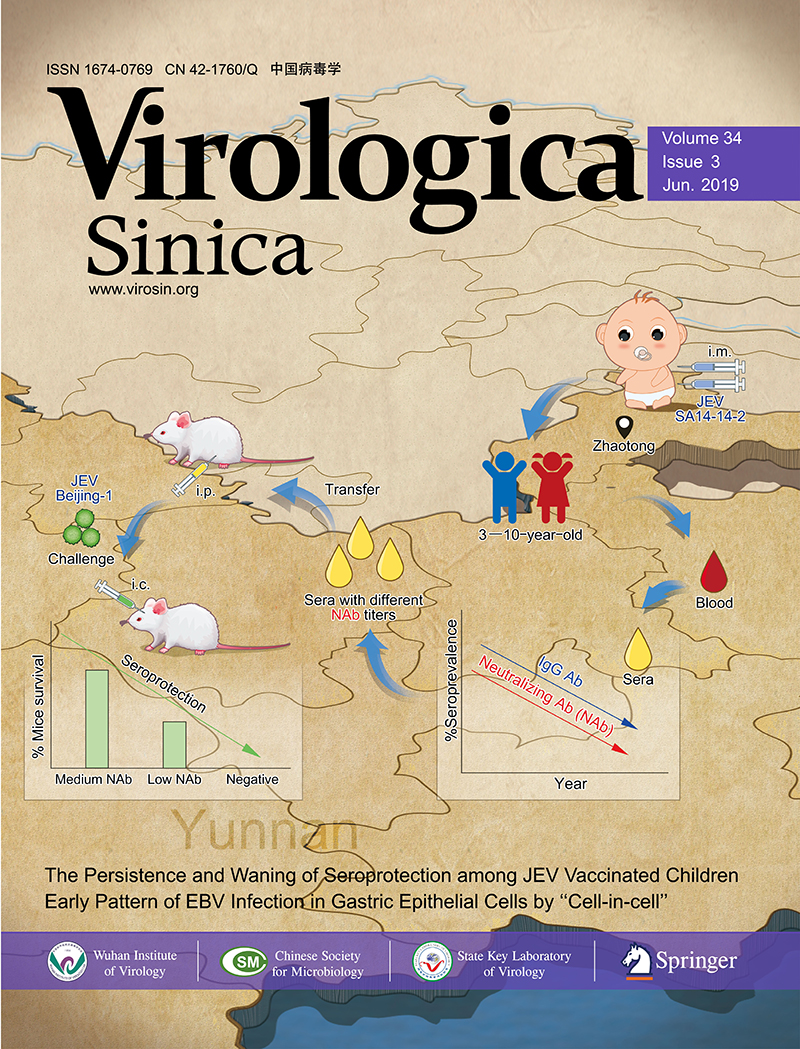 Abstract: An expression cassette containing the VP2 gene of infectious bursal disease virus (IBDV) strain JS under the control of the CMV promoter and an enhancer in pcDNA3.1-VP2 was amplified by PCR and cloned into pUC18-US10 plasmid to yield the transferring vector pUC18-US10-VP2. The recombinant virus, designated rCVI988-VP2, was generated by co-transfection of CEF with pUC18-US10-VP2 and the Marek’s disease virus (MDV) vaccine CVI988/Rispens virus. PCR analysis and immunofluorenscence assays indicated that the recombinant virus was stable over 8 passages and that VP2 was expressed in CEF infected with the rCVI988-VP2. The data showed that the recombinant MDV expressing the VP2 gene of IBDV was successfully constructed and could prove to be a good strategy for IBD control.