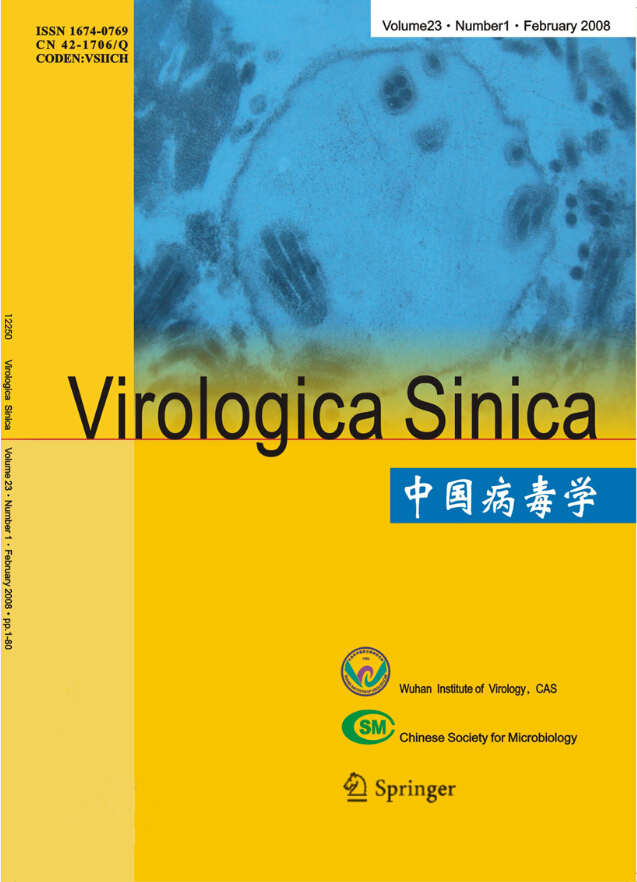 HTML Full Text [PDF 227 KB] [Cited by]
Hubert E. Blum. Molecular Therapy and Prevention of Liver Diseases[J]. Virologica Sinica, 2008, 23(2): 81-92. doi: 10.1007/s12250-008-2953-8.
Molecular analyses have become an integral part of biomedical research as well as clinical medicine. The definition of the genetic basis of many human diseases has led to a better understanding of their pathogenesis and has in addition offered new perspectives for their diagnosis, therapy and prevention. Genetically, human diseases can be classified as hereditary monogenic, acquired monogenic and polygenic diseases. Based on this classification, gene therapy is based on six concepts: (1) gene repair, (2) gene substitution, (3) cell therapy, (4) block of gene expression or function, (5) DNA vaccination and (6) gene augmentation. While major advances have been made in all areas of gene therapy during the last years, various delivery, targeting and safety issues need to be addressed before these strategies will enter clinical practice. Nevertheless, gene therapy will eventually become part of the management of patients with various liver diseases, complementing or replacing existing therapeutic and preventive strategies.

Advances in Research on Hepatitis B Virus DNA Integration

HTML Full Text [PDF 179 KB] [Cited by]
Ju-sheng LIN and Lin-lin GAO. Advances in Research on Hepatitis B Virus DNA Integration[J]. Virologica Sinica, 2008, 23(2): 93-99. doi: 10.1007/s12250-008-2939-6.
Since HBV DNA integration was discovered for the first time in 1980, various methods have been used to detect and study it, such as Southern Blot, in situ hybridization, polymerase chain reaction and so on. HBV DNA integration is thought to be random on the whole although some hot spots of integration were described by some researchers, one of which might be the repetitive sequences of the genomic DNA. Besides, DNA damage, especially double-strand breaks could promote HBV DNA integration into host genome. HBV DNA integration into cells may damage the stability of the genome, cause DNA rearrangement, promote DNA deletion and induce the formation of HCC.

Interference of Hepatitis B Virus with Cellular Signaling*

HTML Full Text [PDF 254 KB] [Cited by]
Yang XU, Chun-wei SHE, Xiao-yong ZHANG, Rong-juan PEI and Meng-ji LU. Interference of Hepatitis B Virus with Cellular Signaling*[J]. Virologica Sinica, 2008, 23(2): 100-106. doi: 10.1007/s12250-008-2940-0.
The presence of hepatitis B virus (HBV) proteins leads to changes in the cellular gene expression. As a consequence, the cellular signaling processes are influenced by the actions of HBV proteins. It has been shown that HBV nucleocapsid protein and the amino-terminal part of polymerase termed as terminal protein (TP) could inhibit interferon signaling. Further, the global gene expression profiles differ in hepatoma cells with and without HBV gene expression and replication. The expression of interferon (IFN) stimulated genes (ISGs) was differently regulated in cells with HBV replication and could be modulated by antiviral treatments. The HBV TP has been found to modulate the ISG expression and enhance the HBV replication. The modulation of the cellular signaling processes by HBV may have significant implications for pathogenesis.

Recent Advances in Research on Hepadnaviral Infection in the Woodchuck Model*

HTML Full Text [PDF 359 KB] [Cited by]
Ina Schulte, E-juan ZHANG, Zhong-ji MENG, Rong-juan PEI, Mengji LU and Michael Roggendorf. Recent Advances in Research on Hepadnaviral Infection in the Woodchuck Model*[J]. Virologica Sinica, 2008, 23(2): 107-115. doi: 10.1007/s12250-008-2941-z.
The woodchuck model is an excellent animal model to study hepadnaviral infection. The new progresses in this model made possible to examine the T-cell mediated immune responses in acute and chronic hepadnaviral infection. Recently, a new assay for cytotoxic T-cells based on detection of CD107 was established for the woodchuck model. In addition, new immunotherapeutic approaches based on combination of potent antiviral treatment and DNA-protein vaccines were proven to be useful for treatment of chronic hepatitis B.

HTML Full Text [PDF 263 KB] [Cited by]
Jun Wu, Ruth Bröring and Jörg F. Schlaak. The Role of the Innate Immune System of the Liver in the Control of HBV and HCV*[J]. Virologica Sinica, 2008, 23(2): 116-123. doi: 10.1007/s12250-008-2942-y.
Hepatitis B virus (HBV) and Hepatitis C virus (HCV) infection are among the most frequent causes of chronic liver disease worldwide. As recent studies suggested that Toll like receptor (TLR)-based therapies may represent a promising approach in the treatment of HBV infection, we have studied the role of the local innate immune system of the liver as possible mediator of this effect. Murine non-parenchymal liver cells (NPC; Kupffer cells, KC; sinusoidal endothelial cells, LSEC) were isolated from C57/BL6 and stimulated by TLR 1-9 agonists. Supernatants were harvested and assayed for their antiviral activity against HBV in HBV-Met cells and HCV in the murine HCV replicon cell line MH1. Only supernatants from TLR 3 and -4 stimulated KC and TLR 3 stimulated LSEC were able to potently suppress HBV and HCV replication. By using neutralizing antibodies we could demonstrate that the TLR 3- but not the TLR 4 mediated effect is exclusively mediated through IFN-β. Our data indicate that TLR 3 and -4 mediated stimulation of NPC leads to production of IFN-β which can potently suppress HBV and HCV replication. This is of relevance for the local control of viral hepatitis infection by the innate immune system of the liver, the development of novel TLR-based therapeutic approaches and sheds new light on the viral crosstalk between HCV (TLR 3 stimulator) and HBV.

HTML Full Text [PDF 238 KB] [Cited by]
Joachim Lupberger, Mirjam B. Zeisel, Anita Haberstroh, Eva K. Schnober, Sophie Krieger, Eric Soulier, Christine Thumann, Cathy Royer, Samira Fafi-Kremer, Catherine Schuster, Françoise Stoll-Keller, Hubert E. Blum and Thomas F. Baumert. Virus-host Interactions during Hepatitis C Virus Entry -Implications for Pathogenesis and Novel Treatment Approaches[J]. Virologica Sinica, 2008, 23(2): 124-131. doi: 10.1007/s12250-008-2943-x.
Hepatitis C virus (HCV) is a member of the Flaviviridae family and causes acute and chronic hepatitis. Chronic HCV infection may result in severe liver damage including liver cirrhosis and hepatocellular carcinoma. The liver is the primary target organ of HCV, and the hepatocyte is its primary target cell. Attachment of the virus to the cell surface followed by viral entry is the first step in a cascade of interactions between the virus and the target cell that is required for successful entry into the cell and initiation of infection. This step is an important determinant of tissue tropism and pathogenesis; it thus represents a major target for antiviral host cell responses, such as antibody-mediated virus neutralization. Following the development of novel cell culture models for HCV infection our understanding of the HCV entry process and mechanisms of virus neutralization has been markedly advanced. In this review we summarize recent developments in the molecular biology of viral entry and its impact on pathogenesis of HCV infection, development of novel preventive and therapeutic antiviral strategies.

HTML Full Text [PDF 325 KB] [Cited by]
Yu-ming WANG and Lin LIU. The Role of Viral Mutation in the Pathogenesis of Chronic Viral Hepatitis[J]. Virologica Sinica, 2008, 23(2): 132-136. doi: 10.1007/s12250-008-2944-9.
The quasispecies nature of hepatitis B and C virus (HBV, HCV) plays an important role in the pathogenesis, immune escape and drug resistance during chronic infection. Although there is still a lack of effective treatment for hepatitis C, a series of nucleoside analogs (NA) have been developed for the treatment of hepatitis B. NA resistant HBV mutants can accumulate during prolonged therapy and lead to the failure of anti-HBV therapy. Switching to other sensitive NAs can inhibit the emerged resistant mutants. Therefore, understanding the evolution of viral quasispecies under drug pressure is crucial for the establishment of antiviral strategy and the monitoring of antiviral process. Immune response and escape are complicated process, during which both host and virus factors may play their roles. Further understanding of the interaction and interrelationship between host and these viruses may lead to optimized prevention, diagnosis and treatment for chronic hepatitis.

Anti-Hepatitis B Virus Drugs in Clinical and Preclinical Development

HTML Full Text [PDF 243 KB] [Cited by]
Gui-feng WANG, Li-ping SHI and Jian-ping ZUO. Anti-Hepatitis B Virus Drugs in Clinical and Preclinical Development[J]. Virologica Sinica, 2008, 23(2): 137-145. doi: 10.1007/s12250-008-2945-8.
Up to date, there are two types of drugs approved to treat hepatitis B: interferons and nucleos (t) ide analogues. However, the therapies are limited in the clinical context because of the negative side effects of interferon-α and the development of substantial viral resistance to nucleos (t) idic inhibitors. Therefore, new drugs with novel structures and mechanisms are needed. In this article, the drugs approved by FDA or the European Commission for treating chronic hepatitis B virus infection, as well as those under clinical trials, and several compounds in preclinical studies are reviewed. Additionally, some potential targets and strategies to combat chronic hepatitis B virus infection are discussed.

HTML Full Text [PDF 164 KB] [Cited by]
Shi-qun WANG and Jian-guo WU. Biological Effects of HBV X Protein on Hepatocellular Carcinogenesis in Association with Cellular Factors*[J]. Virologica Sinica, 2008, 23(2): 146-151. doi: 10.1007/s12250-008-2952-9.
The X protein (HBx) of Human hepatitis B virus (HBV) acts as an indirect transcriptional transactivator to regulate the expression of many viral and cellular genes, as well as playing a critical role in pathogenesis and the development of Hepatocellular carcinoma (HCC). Here we described the biological effects of HBx in association with four cellular factors, including inflammatory factors (COX-2 and iNOS), oncoprotein (Ras), and a newly identified tumor suppressor (YueF). The characteristics of these effectors, which might be associated with hepatocellular carcinoma, are also discussed. 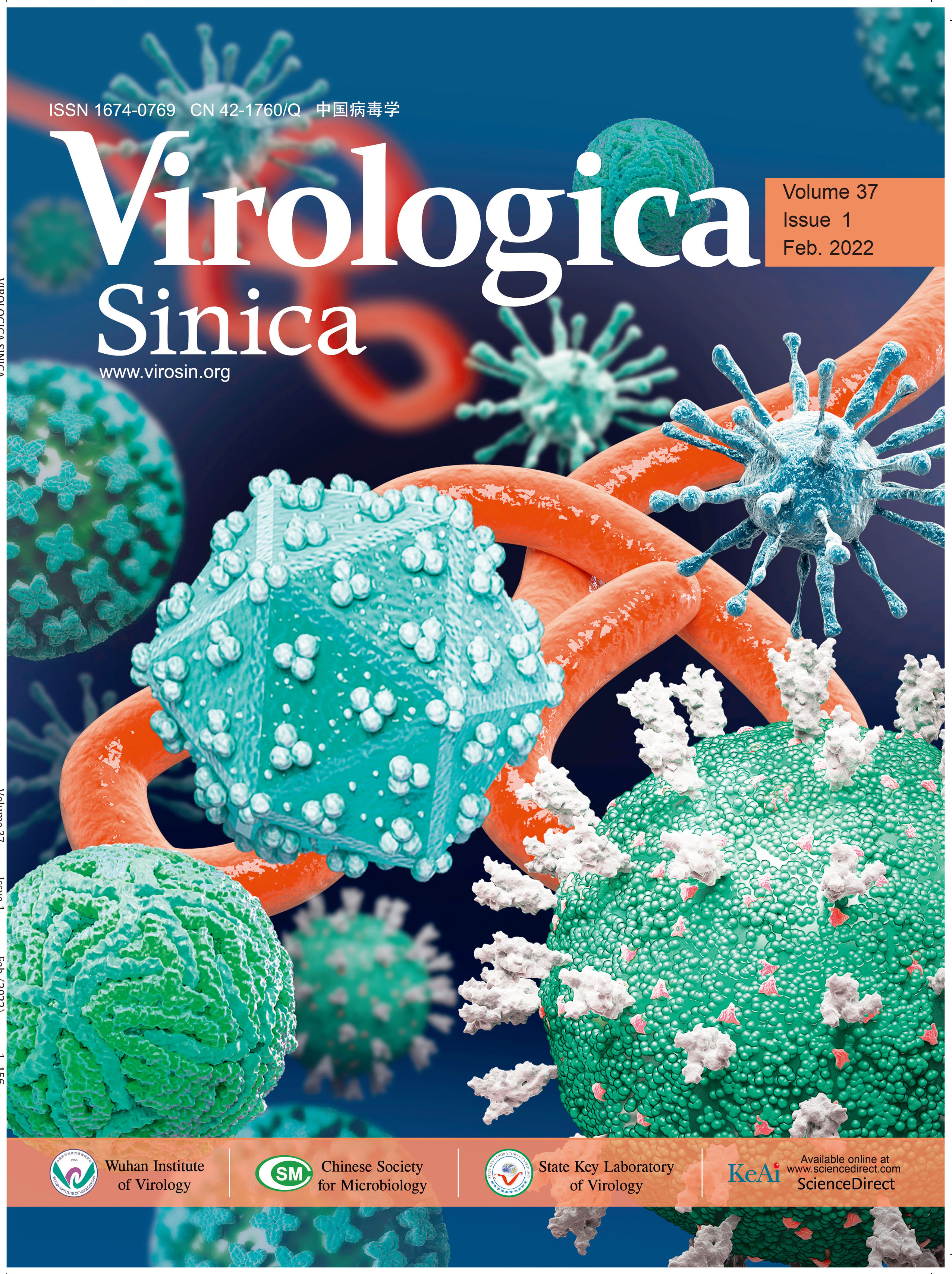