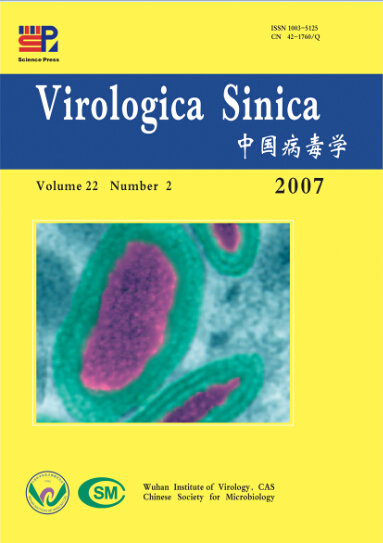 HTML Full Text [PDF 91 KB] [Cited by]
Robert R. Granados, Guoxun Li and G. W. Blissard. Insect Cell Culture and Biotechnology[J]. Virologica Sinica, 2007, 22(2): 83-93.
The continued development of new cell culture technology is essential for the future growth and application of insect cell and baculovirus biotechnology. The use of cell lines for academic research and for commercial applications is currently dominated by two cell lines; the Spodoptera frugiperda line, SF21 (and its clonal isolate, SF9), and the Trichoplusia ni line, BTI 5B1-4, commercially known as High Five cells. The long perceived prediction that the immense potential application of the baculovirus-insect cell system, as a tool in cell and molecular biology, agriculture, and animal health, has been achieved. The versatility and recent applications of this popular expression system has been demonstrated by both academia and industry and it is clear that this cell-based system has been widely accepted for biotechnological applications. Numerous small to midsize startup biotechnology companies in North America and the Europe are currently using the baculovirus-insect cell technology to produce custom recombinant proteins for research and commercial applications. The recent breakthroughs using the baculovirus-insect cell-based system for the development of several commercial products that will impact animal and human health will further enhance interest in this technology by pharma. Clearly, future progress in novel cell and engineering advances will lead to fundamental scientific discoveries and serve to enhance the utility and applications of this baculovirus-insect cell system.

HTML Full Text [PDF 390 KB] [Cited by]
A. Lorena Passarelli. Baculovirus RNA Polymerase: Activities, Composition, and Evolution[J]. Virologica Sinica, 2007, 22(2): 94-107.
Baculoviruses are the only nuclear replicating DNA-containing viruses that encode their own DNA-directed RNA polymerase (RNAP). The baculovirus RNAP is specific for the transcription of genes expressed after virus DNA replication. It is composed of four subunits, making it the simplest multisubunit RNAP known. Two subunits contain motifs found at the catalytic center of other RNAPs and a third has capping enzyme functions. The function of the fourth subunit is not known. Structural studies on this unique RNAP will provide new insights into the functions of this enzyme and the regulation of viral genes and may be instrumental to optimize the baculovirus gene expression system.

HTML Full Text [PDF 358 KB] [Cited by]
Linda A. Guarino. Processing of Baculovirus Late and Very Late mRNAs*[J]. Virologica Sinica, 2007, 22(2): 108-116.
Baculoviruses encode a DNA-directed RNA polymerase that is evolutionarily divergent from cellular polymerases. This RNA polymerase is a multifunctional complex that has the ability to recognize late promoters, transcribe linked genes, and process transcripts at both the 5’ and 3’ ends. The LEF-4 subunit of the viral RNA polymerase is the mRNA capping enzyme, with both RNA triphosphatase and guanylyltransferase activities. Conversion to cap 1 structures is mediated by the viral enzyme MTase1 and another as yet unidentified methyltransferase. Termination is an intrinsic property of the viral RNA polymerase and occurs at oligoU rich sequences. Polyadenylation of the released transcripts is also a function of the viral RNA polymerase. Thus, although viral mRNAs resemble host messages with respect to their 5’ and 3’ end structures, the processing is mediated by viral enzymes and, in the case of the 3’ ends, by mechanisms that differ from the host cell.

HTML Full Text [PDF 512 KB] [Cited by]
James J. Becnel. Current Status of Deltabaculoviruses, Cypoviruses and Chloriridoviruses Pathogenic for Mosquitoes[J]. Virologica Sinica, 2007, 22(2): 117-127.
There are a variety of viral pathogens that cause disease in mosquitoes with most belonging to three major groups. The most common viruses of mosquitoes are the baculoviruses (DBVs) (Baculoviridae: Deltabaculovirus), cytoplasmic polyhedrosis viruses (CPVs) (Reoviridae: Cypovirus) and the iridoviruses (MIVs) (Iridoviridae: Chloriridovirus). Baculoviruses and iridoviruses are DNA viruses while cypoviruses are the main RNA viruses in mosquitoes. This review presents an overview of the current status and recent advancements in understanding the biology and molecular features of mosquito pathogenic viruses.

HTML Full Text [PDF 156 KB] [Cited by]
Yong-jie Wang, John P. Burand and Johannes A. Jehle. Nudivirus Genomics: Diversity and Classification*[J]. Virologica Sinica, 2007, 22(2): 128-136.
Nudiviruses represent a diverse group of arthropod specific, rod-shaped and dsDNA viruses. Due to similarities in pathology and morphology to members of the family Baculoviridae, they have been previously classified as the so-called “non-occluded” baculoviruses. However, presently they are taxonomically orphaned and are not assigned to any virus family because of the lack of genetic relatedness to Baculoviridae,. Here, we report on recent progress in the genomic analysis of Heliothis zea nudivirus 1 (HzNV-1), Oryctes rhinoceros nudivirus (OrNV), Gryllus bimaculatus nudivirus (GbNV) and Heliotis zea nudivirus 2 (HzNV-2). Gene content comparison and phylogenetic analyses indicated that the viruses share 15 core genes with baculoviruses and form a monophyletic sister group to them. Consequences of the genetic relationship are discussed for the classification of nudiviruses.

HTML Full Text [PDF 180 KB] [Cited by]
Xiao-Wen Cheng, Xiu-Feng Wan, Jianli Xue and Richard C. Moore. Ascovirus and its Evolution[J]. Virologica Sinica, 2007, 22(2): 137-147.
Ascoviruses, iridoviruses, asfarviruses and poxviruses are all cytoplasmic DNA viruses. The evolutionary origins of cytoplasmic DNA viruses have never been fully addressed. Morphological, genetic and molecular data were used to test if all four cytoplasmic virus families (Ascoviridae, Iridoviridae, Asfarviridae, and Poxvirirdae) evolved from nuclear replicating baculoviruses and how the four virus groups are related. Molecular phylogenetic analyses using DNA polymerase predicted that cytoplasmic DNA viruses might have evolved from nuclear replicating baculoviruses, and that poxviruses and asfarviruses share a common ancestor with iridoviruses. These three cytoplasmic viruses again shared a common ancestor with ascoviruses. Morphological and genetic data predicted the same evolutionary trend as molecular data predicted. A genome sequence comparison showed that ascoviruses have more baculovirus protein homologues than do iridoviruses, which suggested that ascoviruses have evolved from baculoviruses and iridoviruses evolved from ascoviruses. Poxviruses showed genetic and morphological similarity to other cytoplamic viruses, such as ascoviruses, suggesting it has undergone reticulate evolution via hybridization, recombination and lateral gene transfer with other viruses. Within the ascovirus family, we tested if molecular phylogenetic analyses agree with biological inference; that is, ascovirus had an evolutionary trend of increasing genome size, expanding host range and widening tissue tropism for these viruses. Both molecular and biological data predicted this evolutionary trend. The phylogenetic relationship among the four species of ascovirus was predicted to be that TnAV-2 and HvAV-3 shared a common ancestor with SfAV-1 and the three virus species again shared a common ancestor with DpAV-4.
Research Article

Baculoviruses as Vectors in Mammalian Cells*

HTML Full Text [PDF 148 KB] [Cited by]
Chang-yong LIANG and Xin-wen CHEN. Baculoviruses as Vectors in Mammalian Cells*[J]. Virologica Sinica, 2007, 22(2): 148-157.
The Baculoviridae are a large family of enveloped DNA viruses exclusively pathogenic to arthropods. Baculoviruses have been extensively used in insect cell-based recombinant protein expression system and as biological pesticides. They have been deomostrated to be safe to mammals, birds and fish. Recently, baculoviruses has been shown to transduce different mammalian cells in spite of the fact that they cannot replicate in mammalian cells (11, 73, 76). This has resulted in the development of baculoviruses as mammalian expression systems and even as vestors for gene therapy.

HTML Full Text [Cited by]
Xiu-lian SUN and Hui-yin PENG. Recent Advances in Biological Control of Pest Insects by Using Viruses in China*[J]. Virologica Sinica, 2007, 22(2): 158-162.
Insect viruses are attractive as biological control agents and could be a feasible alternative to chemical insecticides in the management of insect infestations. This review describes recent advances in the development of wild-type and genetically modified viruses as insecticides. A new strategy of application of insect viruses in China is reviewed. Also, the assessment of biosafety of genetically modified Helicoverpa armigera Nucleopolyhedovirus (HearNPV) is emphasized as a case-study.

HTML Full Text [PDF 884 KB] [Cited by]
Christopher J. Lucarotti, Benoit Morin, Robert I. Graham and Renée Lapointe. Production, Application, and Field Performance of AbietivTM, the Balsam Fir Sawfly Nucleopolyhedrovirus[J]. Virologica Sinica, 2007, 22(2): 163-172.
Beginning in the early 1990s, the balsam fir sawfly (Neodiprion abietis) became a significant defoliating insect of precommercially thinned balsam fir (Abies balsamea (L.) Mill.) stands in western Newfoundland, Canada. In 1997, a nucleopolyhedrovirus (NeabNPV) was isolated from the balsam fir sawfly and, as no control measures were then available, NeabNPV was developed for the biological control of balsam fir sawfly. In order to register NeabNPV for operational use under the Canadian Pest Control Products Act, research was carried out in a number of areas including NeabNPV field efficacy, non-target organism toxicology, balsam fir sawfly ecology and impact on balsam fir trees, and NeabNPV genome sequencing and analysis. As part of the field efficacy trials, approximately 22 500 hectares of balsam fir sawfly-infested forest were aerially treated with NeabNPV between 2000 and 2005. NeabNPV was found to be safe, efficacious, and economical for the suppression of balsam fir sawfly outbreak populations. Conditional registration for the NeabNPV-based product, Abietiv, was received from the Pest Management Regulatory Agency (Health Canada) in April 2006. In July 2006, Abietiv was applied by spray airplanes to 15 000 ha of balsam fir sawfly-infested forest in western Newfoundland in an operational control program.

HTML Full Text [PDF 94 KB] [Cited by]
Patrick Buerger, Caroline Hauxwell and David Murray. Nucleopolyhedrovirus Introduction in Australia[J]. Virologica Sinica, 2007, 22(2): 173-179.
Nucleopolyhedrovirus (NPV) has become an integral part of integrated pest management (IPM) in many Australian agricultural and horticultural crops. This is the culmination of years of work conducted by researchers at the Queensland Department of Primary Industries and Fisheries (QDPI&F) and Ag Biotech Australia Pty Ltd. In the early 1970’s researchers at QDPI&F identified and isolated a virus in Helicoverpa armigera populations in the field. This NPV was extensively studied and shown to be highly specific to Helicoverpa and Heliothis species. Further work showed that when used appropriately the virus could be used effectively to manage these insects in crops such as sorghum, cotton, chickpea and sweet corn. A similar virus was first commercially produced in the USA in the 1970’s. This product, Elcar?, was introduced into Australia in the late 1970’s by Shell Chemicals with limited success. A major factor contributing to the poor adoption of Elcar was the concurrent enormous success of the synthetic pyrethroids. The importance of integrated pest management was probably also not widely accepted at that time. Gradual development of insect resistance to synthetic pyrethroids and other synthetic insecticides in Australia and the increased awareness of the importance of IPM meant that researchers once again turned their attentions to environmentally friendly pest management tools such NPV and beneficial insects. In the 1990’s a company called Rhone-Poulenc registered an NPV for use in Australian sorghum, chickpea and cotton. This product, Gemstar?, was imported from the USA. In 2000 Ag Biotech Australia established an in-vivo production facility in Australia to produce commercial volumes of a product similar to the imported product. This product was branded, ViVUS?, and was first registered and sold commercially in Australia in 2003. The initial production of ViVUS used a virus identical to the American product but replicating it in an Australian Helicoverpa species, H. armigera. Subsequent research collaboration between QDPI&F and Ag Biotech reinvigorated interest in the local virus strain. This was purified and the production system adapted to produce it on a commercial scale. This new version of ViVUS, which was branded ViVUS Gold?, was first registered and sold commercially in 2004. Widespread insect resistance to insecticides and a greater understanding of integrated pest management is leading to increased adoption of technologies such NPV in Australian agriculture.