The Role of HIV Replicative Fitness in Perinatal Transmission of HIV

Xue-qing Chen, Chang Liu and Xiao-hong Kong. The Role of HIV Replicative Fitness in Perinatal Transmission of HIV[J]. Virologica Sinica, 2011, 26(3): 147-155. doi: 10.1007/s12250-011-3180-2.
Perinatal transmission of Human immunodeficiency virus (HIV), also called mother-to-child transmission (MTCT), accounts for 90% of infections in infants worldwide and occurs in 30%-45% of children born to untreated HIV-1 infected mothers. Among HIV-1 infected mothers, some viruses are transmitted from mothers to their infants while others are not. The relationship between virologic properties and the pathogenesis caused by HIV-1 remains unclear. Previous studies have demonstrated that one obvious source of selective pressure in the perinatal transmission of HIV-1 is maternal neutralizing antibodies. Recent studies have shown that viruses which are successfully transmitted to the child have growth advantages over those not transmitted, when those two viruses are grown together. Furthermore, the higher fitness is determined by the gp120 protein of the virus envelope. This suggests that the selective transmission of viruses with higher fitness occurred exclusively, regardless of transmission routes. There are many factors contributing to the selective transmission and HIV replicative fitness is an important one that should not be neglected. This review summarizes current knowledge of the role of HIV replicative fitness in HIV MTCT transmission and the determinants of viral fitness upon MTCT. 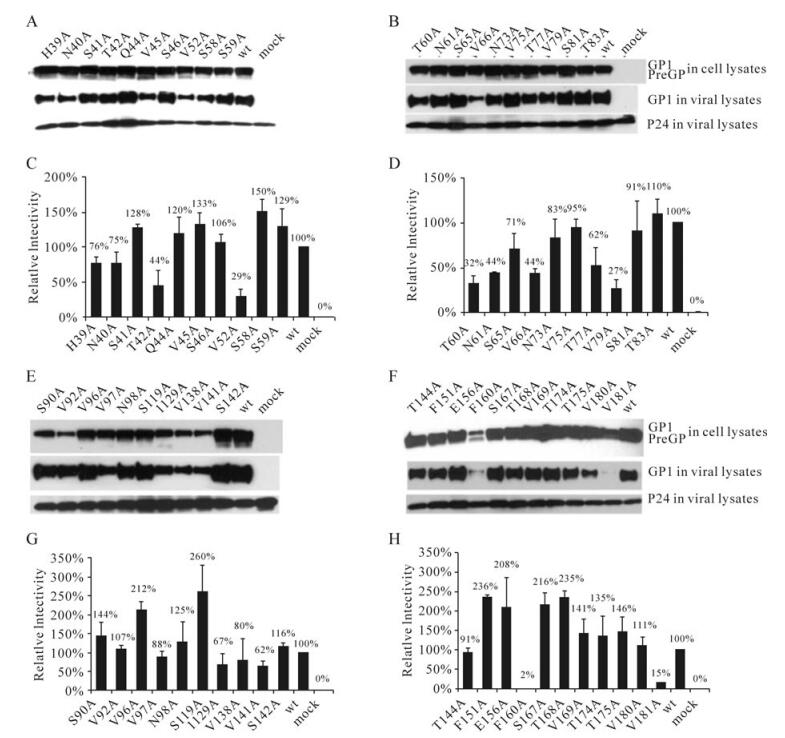 Jizhen Wang, Balaji Manicassamy, Michael Caffrey and Lijun Rong. Characterization of the Receptor-binding Domain of Ebola Glycoprotein in Viral Entry[J]. Virologica Sinica, 2011, 26(3): 156-170. doi: 10.1007/s12250-011-3194-9.
Ebola virus infection causes severe hemorrhagic fever in human and non-human primates with high mortality. Viral entry/infection is initiated by binding of glycoprotein GP protein on Ebola virion to host cells, followed by fusion of virus-cell membrane also mediated by GP. Using an human immunodeficiency virus (HIV)-based pseudotyping system, the roles of 41 Ebola GP1 residues in the receptor-binding domain in viral entry were studied by alanine scanning substitutions. We identified that four residues appear to be involved in protein folding/structure and four residues are important for viral entry. An improved entry interference assay was developed and used to study the role of these residues that are important for viral entry. It was found that R64 and K95 are involved in receptor binding. In contrast, some residues such as I170 are important for viral entry, but do not play a major role in receptor binding as indicated by entry interference assay and/or protein binding data, suggesting that these residues are involved in post-binding steps of viral entry. Furthermore, our results also suggested that Ebola and Marburg viruses share a common cellular molecule for entry.

Ying Zhang, Yan-mei Li, Long-ding Liu, Li Jiang, Ma Ji, Rui-ju Jiang, Lei Guo, Yun Liao and Qi-han Li. Host Cell Protein C9orf9 Promotes Viral Proliferation via Interaction with HSV-1 UL25 Protein[J]. Virologica Sinica, 2011, 26(3): 171-180. doi: 10.1007/s12250-011-3179-8.
In light of the scarcity of reports on the interaction between HSV-1 nucleocapsid protein UL25 and its host cell proteins, the purpose of this study is to use yeast two-hybrid screening to search for cellular proteins that can interact with the UL25 protein. C9orf69, a protein of unknown function was identified. The interaction between the two proteins under physiological conditions was also confirmed by biological experiments including co-localization by fluorescence and immunoprecipitation. A preliminary study of the function of C9orf69 showed that it promotes viral proliferation. Further studies showed that C9orf69 did not influence viral multiplication efficiency by transcriptional regulation of viral genes, but indirectly promoted proliferation via interaction with UL25.

Zheng Hou and Gengfu Xiao. Total Chemical Synthesis, Assembly of Human Torque Teno Virus Genome[J]. Virologica Sinica, 2011, 26(3): 181-189. doi: 10.1007/s12250-011-3187-8.
Torque teno virus (TTV) is a nonenveloped virus containing a single-stranded, circular DNA genome of approximately 3.8kb. We completely synthesized the 3 808 nucleotides of the TTV (SANBAN isolate) genome, which contains a hairpin structure and a GC-rich region. More than 100 overlapping oligonucleotides were chemically synthesized and assembled by polymerase chain assembly reaction (PCA), and the synthesis was completed with splicing by overlap extension (SOEing). This study establishes the methodological basis of the chemical synthesis of a viral genome for use as a live attenuated vaccine or gene therapy vector.

Jun-jun Shao, Jing-feng Wang, Hui-yun Chang and Ji-xing Liu. Immune Potential of a Novel Multiple-epitope Vaccine to FMDV Type Asia 1 in Guinea Pigs and Sheep[J]. Virologica Sinica, 2011, 26(3): 190-197. doi: 10.1007/s12250-011-3174-0.
To develop a safe and efficient recombinant subunit vaccine to foot-and-mouth disease virus (FMDV) type Asia 1 in sheep, a tandem repeated multiple-epitope gene consisting of residues 137-160 and 197-211 of the VP1 gene of FMDV was designed and artificially synthesized. The biologically functional molecule, the ovine IgG heavy constant region (oIgG) as a protein carrier was introduced for design of the multiple-epitope recombinant vaccine and recombinant expression plasmids pET-30a-RE and pET-30a-RE-oIgG were successfully constructed. The recombinant proteins, RE and RE-oIgG, were expressed as a formation of inclusion bodies in E. coli. The immune potential of this vaccine regime in guinea pigs and sheep was evaluated. The results showed that IgG could significantly enhance the immune potential of antigenic epitopes. The recombinant protein RE-oIgG could not only elicit the high levels of neutralizing antibodies and lymphocytes proliferation responses in the vaccinated guinea pigs, but confer complete protection in guinea pigs against virus challenge. Although the recombinant protein RE could not confer protection in the vaccinated animals, it could delay the appearance of the clinical signs and reduce the severity of disease. Inspiringly, the titers of anti-FMDV neutralizing antibodies elicited in sheep vaccinated with RE-oIgG was significantly higher than that for the RE vaccination. Therefore, we speculated that this vaccine formulation may be a promising strategy for designing a novel vaccine against FMDV in the future. 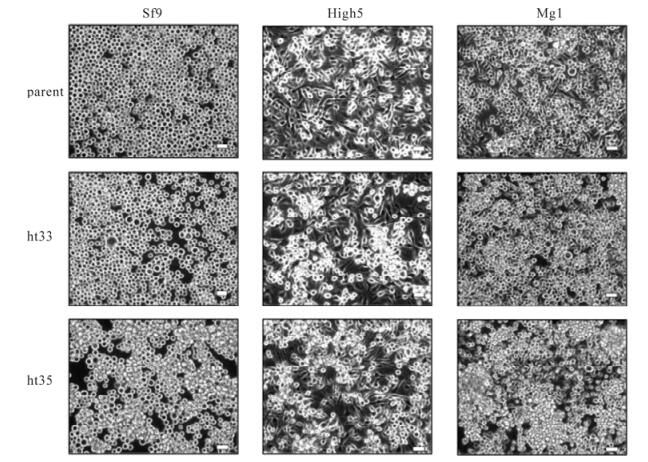 Yan-lei Wu, Lei Jiang, Yoshifumi Hashimoto, Robert R. Granados and Guo-xun Li. Establishment, Growth kinetics, and Susceptibility to AcMNPV of Heat Tolerant Lepidopteran Cell Lines[J]. Virologica Sinica, 2011, 26(3): 198-205. doi: 10.1007/s12250-011-3177-x.
Lepidopteran heat-tolerant (ht) cell lines have been obtained with sf-9, sf-21 and several Bombyx cells. They have a distinct karyotype, membrane lipid composition, morphology and growth kinetics from the parental cell lines. In this paper, we report the development of ht cell lines from other insect species and examination of their growth characteristics and virus susceptibility. Adaptation of cell lines sf-9, BTI-TN-5B1-4 (High5) and BTI-TN-MG1 (MG1) to 33℃ and 35℃ was carried out by shifting the culture temperature between 28℃ and higher temperatures by a gradual stepwise increase in temperature. The process of adaption to a higher culture temperature was accomplished over a period of 2 months. The cell lines with the temperature adaption were designated as sf9-ht33, sf9-ht35, High5-ht33, High5-ht35, MG1-ht33, MG1-ht35. These cell lines have been subcultured over 70 passages. Adaption to high temperatures was confirmed by a constant population doubling time with individual cell lines. The population doubling time of heat adapted cell lines were 1-4 h less than these of parental cell lines. Cell shapes did not show obvious change, however, the cell size of sf9-ht cells was enlarged and those of High5 and MG1 ht cells were reduced after heat adaption. When the cell lines were infected with Autographa californica nuclear polyhedrosis virus (AcMNPV) at 28℃, 33℃, 35℃ and 37℃, production of budded virus and occlusion bodies in each cell line was optimum at its own adapted temperature. 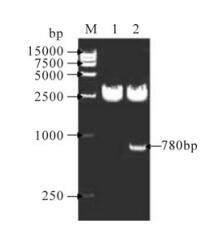 Qiang Xie, Zhi-xiang Zhou, Ze-lin Li and Yi Zeng. Transforming Activity of a Novel Mutant of HPV16 E6E7 Fusion Gene[J]. Virologica Sinica, 2011, 26(3): 206-213. doi: 10.1007/s12250-011-3178-9.
An optimized recombinant HPV16 E6E7 fusion gene (HPV16 ofE6E7) was constructed according to codon usage for mammalian cell expression, and a mutant of HPV16 ofE6E7 fusion gene (HPV16 omfE6E7) was generated by site-directed mutagenesis at L57G, C113R for the E6 protein and C24G, E26G for the E7 protein for HPV16 ofE6E7 [patent pending (CN 101100672)]. The HPV16 omfE6E7 gene constructed in this work not only lost the transformation capability to NIH 3T3 cells and tumorigenicity in SCID mice, but also maintained very good stability and antigenicity. These results suggests that the HPV16 omfE6E7 gene should undergo further study for application as a safe antigen-specific therapeutic vaccine for HPV16-associated tumors. 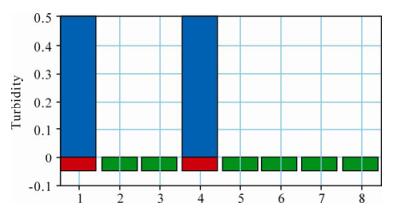 Ye-bing Liu, Lei Zhang, Qin-hong Xue, Yi-bao Ning and Zhi-gang Zhang. Development of a Loop-Mediated Isothermal Amplification Assay for Porcine Circovirus Type 2[J]. Virologica Sinica, 2011, 26(3): 214-220. doi: 10.1007/s12250-011-3169-x.
In this study, the loop-mediated isothermal amplification (LAMP) method was used to develop a rapid and simple detection system for porcine circovirus type 2 (PCV2). According to the PCV2 sequences published in GenBank, multiple LAMP primers were designed targeting conserved sequences of PCV2. Using the DNA extracted from PCV2 isolates HUN-09 and SD-09 as the template, LAMP reactions in a PCV2 LAMP system was performed, the amplification products were detected by adding SYBR Green I and could be observed directly by the naked eye. The results showed highly-efficient and specific amplification in 30 min at 63°C with a LAMP real-time turbidimeter. Furthermore, PCV2 DNA templates, with a detection limit of 5.5×10–5 ng of nucleic acid, indicated that this assay was highly sensitive. The results obtained with the naked eye after SYBR Green I staining were consistent with those detected by the real-time turbidimeter, showing the potential simplicity of interpretation of the assay results. The LAMP assay appeared to have greater accuracy than PCR and virus isolation for the analysis of 18 clinical samples. In addition it offers higher specificity and sensitivity, shorter reaction times and simpler procedures than the currently available methods of PCV2 detection. It is therefore a promising tool for the effective and efficient detection of PCV2.