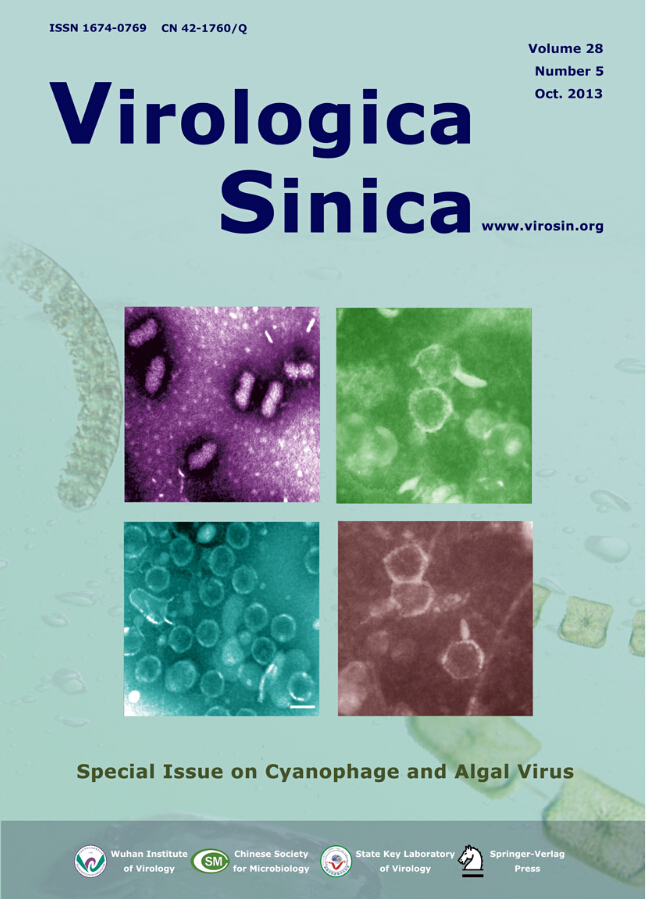 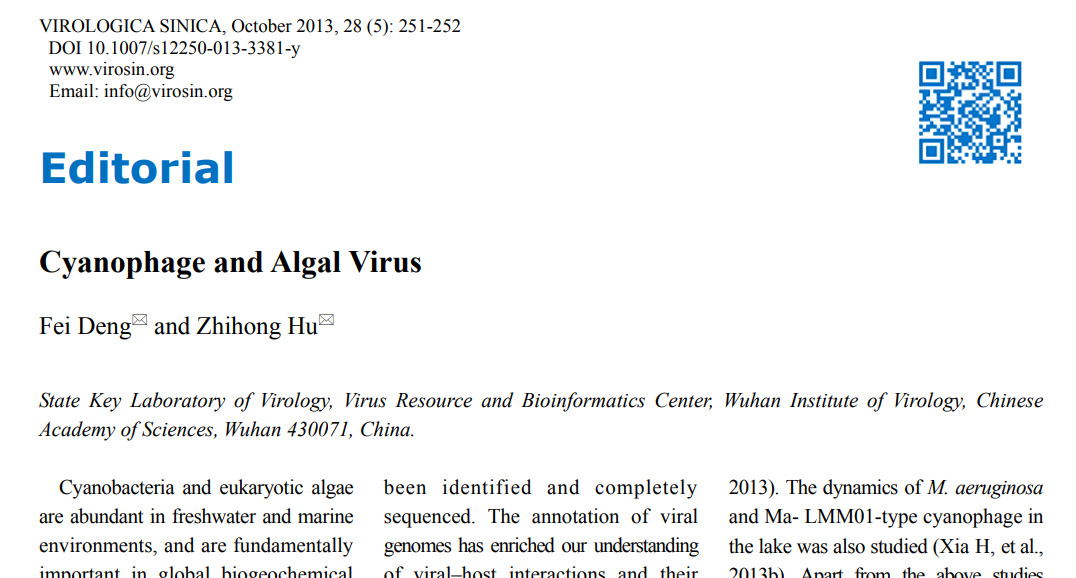 Han Xia, Tianxian Li, Fei Deng and Zhihong Hu. Freshwater Cyanophages[J]. Virologica Sinica, 2013, 28(5): 253-259. doi: 10.1007/s12250-013-3370-1.
Cyanophages are double-stranded DNA viruses that infect cyanobacteria, and they can be found in both freshwater and marine environments. They have a complex pattern of host ranges and play important roles in controlling cyanobacteria population. Unlike marine cyanophages, for which there have been a number of recent investigations, very little attention has been paid to freshwater cyanophages. This review summarizes the taxonomy and morphology, host range, distribution, seasonal dynamics, and complete genomes of freshwater cyanophages, as well as diagnostic markers that can be used to identify them.
Research Article 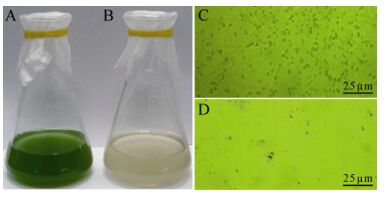 Yiran Zhou, Juan Lin, Na Li, Zhihong Hu and Fei Deng. Characterization and Genomic Analysis of a Plaque Purified Strain of Cyanophage PP[J]. Virologica Sinica, 2013, 28(5): 272-279. doi: 10.1007/s12250-013-3363-0.
Cyanophages are ubiquitous and essential components of the aquatic environment and play an important role in the termination of algal blooms. As such,they have attracted widespread interest. PP was the first isolated cyanophage in China,which infects Plectonema boryanum and Phormidium foveolarum. In this study,this cyanophage was purified three times by a double-agar overlay plaque assay and characterized. Its genome was extracted,totally sequenced and analyzed. Electron microscopy revealed a particle with an icosahedral head connected to a short stubby tail. Bioassays showed that PP was quite virulent. The genome of PP is a 42,480 base pair (bp),linear,double-stranded DNA molecule with 222 bp terminal repeats. It has high similarity with the known Pf-WMP3 sequence. It contains 41 open reading frames (ORFs),17 of which were annotated. Intriguingly,the genome can be divided into two completely different parts,which differ both in orientation and function. 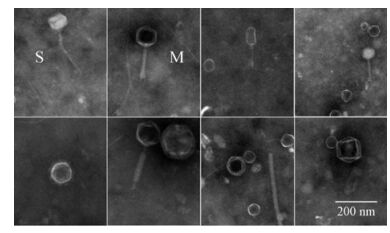 Xingyi Ge, Yongquan Wu, Meiniang Wang, Jun Wang, Lijun Wu, Xinglou Yang, Yuji Zhang and Zhengli Shi. Viral Metagenomics Analysis of Planktonic Viruses in East Lake, Wuhan, China[J]. Virologica Sinica, 2013, 28(5): 280-290. doi: 10.1007/s12250-013-3365-y.
East Lake (Lake Donghu),located in Wuhan,China,is a typical city freshwater lake that has been experiencing eutrophic conditions and algal blooming during recent years. Marine and fresh water are considered to contain a large number of viruses. However, little is known about their genetic diversity because of the limited techniques for culturing viruses. In this study, we conducted a viral metagenomic analysis using a high-throughput sequencing technique with samples collected from East Lake in Spring, Summer, Autumn, and Winter. The libraries from four samples each generated 234,669, 71,837, 12,820, and 34,236 contigs (> 90 bp each), respectively. The genetic structure of the viral community revealed a high genetic diversity covering 23 viral families, with the majority of contigs homologous to DNA viruses, including members of Myoviridae, Podoviridae, Siphoviridae, Phycodnaviridae, and Microviridae, which infect bacteria or algae, and members of Circoviridae, which infect invertebrates and vertebrates. The highest viral genetic diversity occurred in samples collected in August, then December and June, and the least diversity in March. Most contigs have low-sequence identities with known viruses. PCR detection targeting the conserved sequences of genes (g20, psbA, psbD, and DNApol) of cyanophages further confirmed that there are novel cyanophages in the East Lake. Our viral metagenomic data provide the first preliminary understanding of the virome in one freshwater lake in China and would be helpful for novel virus discovery and the control of algal blooming in the future. 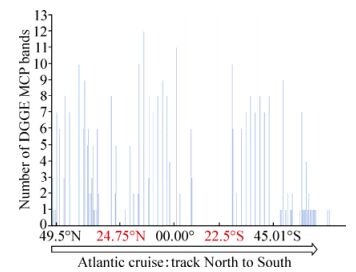 Jozef I Nissimov, Mark Jones, Johnathan A Napier, Colin B Munn, Susan A Kimmance and Michael J Allen. Functional Inferences of Environmental Coccolithovirus Biodiversity[J]. Virologica Sinica, 2013, 28(5): 291-302. doi: 10.1007/s12250-013-3362-1.
The cosmopolitan calcifying alga Emiliania huxleyi is one of the most abundant bloom forming coccolithophore species in the oceans and plays an important role in global biogeochemical cycling. Coccolithoviruses are a major cause of coccolithophore bloom termination and have been studied in laboratory,mesocosm and open ocean studies. However,little is known about the dynamic interactions between the host and its viruses,and less is known about the natural diversity and role of functionally important genes within natural coccolithovirus communities. Here,we investigate the temporal and spatial distribution of coccolithoviruses by the use of molecular fingerprinting techniques PCR,DGGE and genomic sequencing. The natural biodiversity of the virus genes encoding the major capsid protein (MCP) and serine palmitoyltransferase (SPT) were analysed in samples obtained from the Atlantic Meridional Transect (AMT),the North Sea and the L4 site in the Western Channel Observatory. We discovered nine new coccolithovirus genotypes across the AMT and L4 site,with the majority of MCP sequences observed at the deep chlorophyll maximum layer of the sampled sites on the transect. We also found four new SPT gene variations in the North Sea and at L4. Their translated fragments and the full protein sequence of SPT from laboratory strains EhV-86 and EhV-99B1 were modelled and revealed that the theoretical fold differs among strains. Variation identified in the structural distance between the two domains of the SPT protein may have an impact on the catalytic capabilities of its active site. In summary,the combined use of ‘standard' markers (i.e. MCP),in combination with metabolically relevant markers (i.e. SPT) are useful in the study of the phylogeny and functional biodiversity of coccolithoviruses,and can provide an interesting intracellular insight into the evolution of these viruses and their ability to infect and replicate within their algal hosts.
Letter 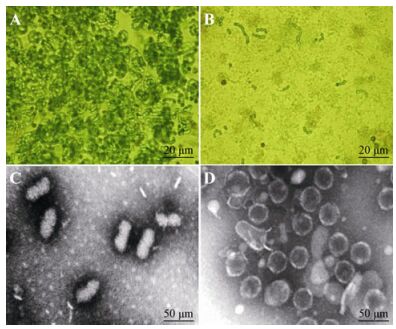 Two Virus-like Particles that Cause Lytic Infections in Freshwater Cyanobacteria 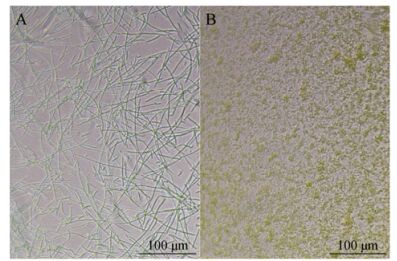 Han Xia, Meiniang Wang, Xingyi Ge, Yongquan Wu, Xinglou Yang, Yuji Zhang, Tianxian Li and Zhengli Shi. Study of the Dynamics of Microcystis aeruginosa and its Cyanophage in East Lake using quantitative PCR[J]. Virologica Sinica, 2013, 28(5): 309-311. doi: 10.1007/s12250-013-3368-8.
East Lake,located in the middle and lower reaches of the Yangtze River,is a major source of drinking water for local residents. However,the large increase of population density and the rapid development of industry has resulted in heavy eutrophication of East Lake over the past few decades. Microcystis aeruginosa is a well-known toxic algae-blooming cyanobacterial species (Carmichael W W,et al.,2001) and a major player in the cyanobacterial water blooming in East Lake. Cyanophages are considered to be a significant factor in preventing algal blooming by causing the death and regulating the abundance,clonal diversity,and composition of their cyanobacterial host populations (Suttle C A,et al.,1992; Tucker S,et al.,2005). 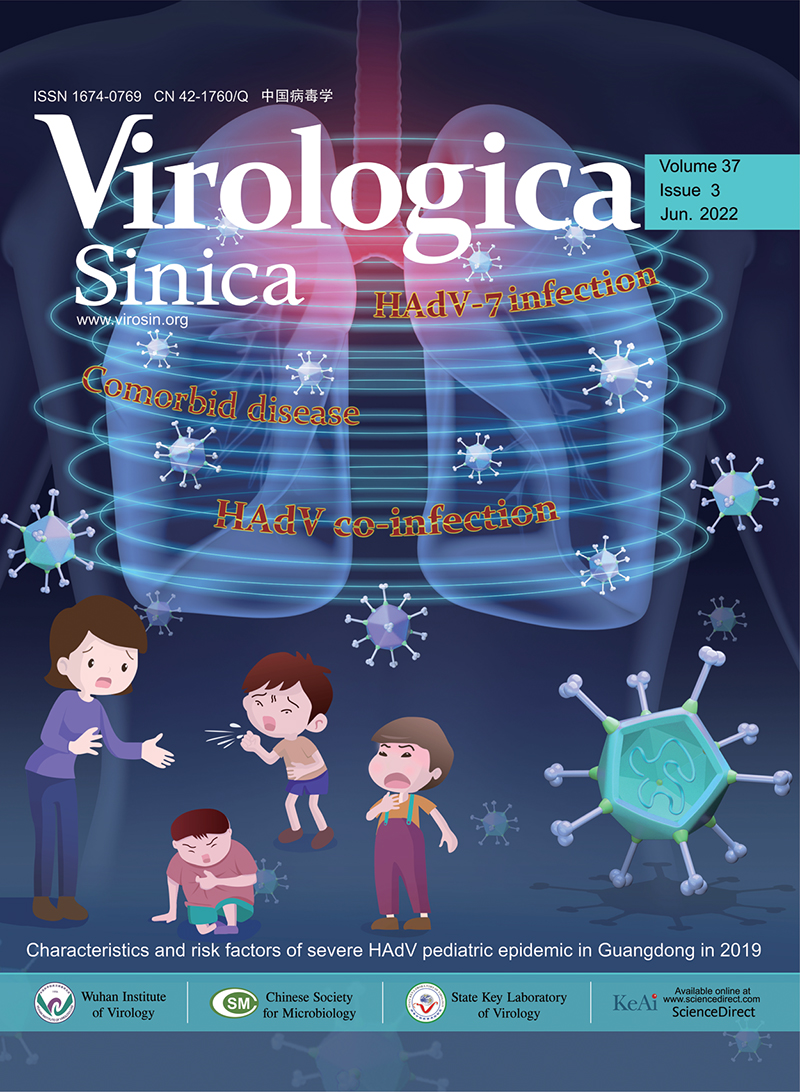