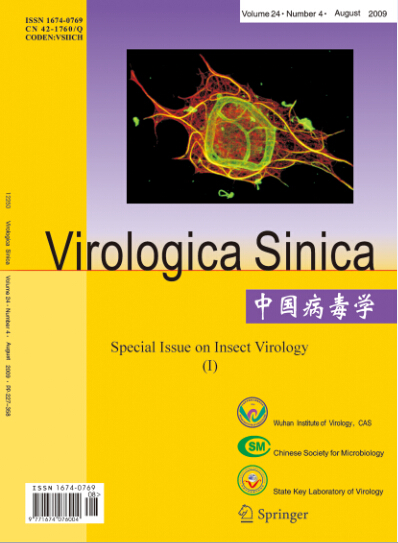 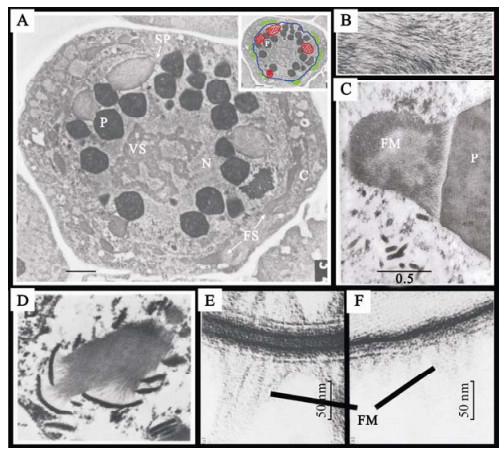 The Long Road to Understanding the Baculovirus P10 Protein

David C.J. Carpentier and Linda A. King. The Long Road to Understanding the Baculovirus P10 Protein[J]. Virologica Sinica, 2009, 24(4): 227-242. doi: 10.1007/s12250-009-3045-0.
The baculovirus P10 protein has always represented a mystery in the field of insect virology. Like the baculovirus polyhedrin protein it is expressed at high levels very late in infection. Homologues of the Autographa californica nucleopolyhedrovirus p10 gene are conserved in all Alphabaculoviruses and in other viruses of lepidopteran hosts yet is completely dispensable for virus replication and transmission. P10 is a microtubule interacting protein whose expression has been associated with the formation of a variety of complex and extensive cytoplasmic and nuclear structures. P10 has been associated with a number of roles during infection ranging from the formation of virus occlusion bodies, to affecting the rate of cellular and/or nuclear lysis during the final stages of the virus replication cycle. In this article we review recent work aimed at understanding the role of this enigmatic protein, putting them into context with recent advances in understanding of protein structure and function. We look back at a number of historical studies and observations, reanalysing their conclusions based on recent data and our own observations. The role of the P10 protein during baculovirus replication remains elusive, however, novel avenues of investigation have been identified that will, we are sure, eventually lead to an understanding of this protein. 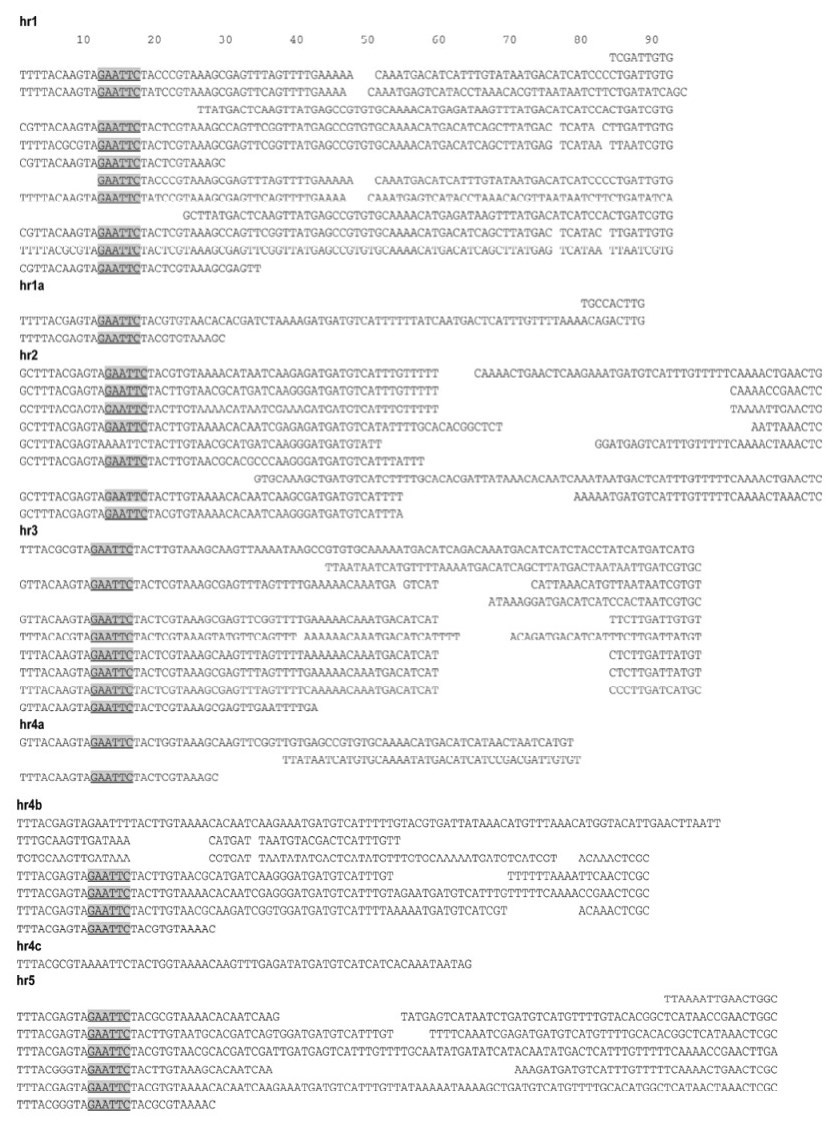 AcMNPV As A Model for Baculovirus DNA Replication

Eric B. Carstens. AcMNPV As A Model for Baculovirus DNA Replication[J]. Virologica Sinica, 2009, 24(4): 243-267. doi: 10.1007/s12250-009-3047-y.
Baculoviruses were first identified as insect-specific pathogens, and it was this specificity that lead to their use as safe, target specific biological pesticides. For the past 30 years, AcMNPV has served as the subject of intense basic molecular research into the baculovirus infectious cycle including the interaction of the virus with a continuous insect cell line derived from Spodoptera frugiperda. The studies on baculoviruese have led to an in-depth understanding of the physical organization of the viral genomes including many complete genomic sequences, the time course of gene expression, and the application of this basic research to the use of baculoviruses not only as insecticides, but also as a universal eukaryotic protein expression system, and a potential vector in gene therapy. A great deal has also been discovered about the viral genes required for the replication of the baculovirus genome, while much remains to be learned about the mechanism of viral DNA replication. This report outlines the current knowledge of the factors involved in baculovirus DNA replication, using data on AcMNPV as a model for most members of the Baculoviridae. 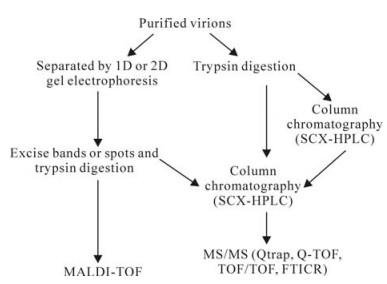 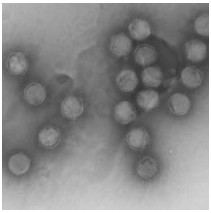 The Biology of Chilo Iridescent Virus

Remziye Nalçacıoğlu, Ikbal Agah Ince and Zihni Demirbağ. The Biology of Chilo Iridescent Virus[J]. Virologica Sinica, 2009, 24(4): 285-294. doi: 10.1007/s12250-009-3051-2.
Chilo iridescent virus (CIV) is the type species for genus Iridovirus, and belongs to the family Iridoviridae. Since the discovery of CIV in 1966, many attempts were made to elucidate the viral genome structure. The virions contain a single linear ds DNA molecule that is circularly permuted and terminally redundant. The genome of CIV has been entirely sequenced. The CIV virion consists of an unusual three-layer structure containing an outer proteinaceous capsid, an intermediate lipid membrane, and a core DNA–protein complex containing the genome. CIV has a broad host spectrum and has, in general, a limited mortality effect on its hosts. Up to now there have been several studies about CIV describing its structure, ecology, and molecular biology. In this review study we present all these studies together to describe the CIV. 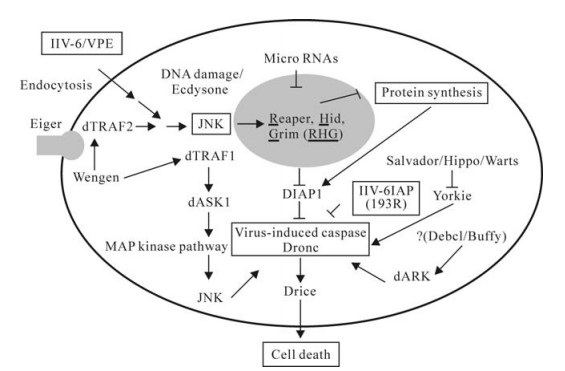 The Parasitoid Factor in the Virulence and Spread of Lepidopteran Baculoviruses

J.E. Cossentine. The Parasitoid Factor in the Virulence and Spread of Lepidopteran Baculoviruses[J]. Virologica Sinica, 2009, 24(4): 305-314. doi: 10.1007/s12250-009-3049-9.
Insect parasitoids and baculoviruses play important roles in the natural and strategic biological control of insects. The two parasites are frequent competitors within common hosts and much research has focused on the negative impact that baculoviral host infections have on parasitoids. This review summarizes the impacts that parasitoids may have on the virulence and spread of lepidopteran baculoviruses. By changing host behavior and development, parasitoids have been shown to decrease baculovirus virulence and productivity within parasitized baculovirus-susceptible hosts; however, studies of the tools used by hymenopteran parasitoids to overcome their hosts’immune systems, suggest that parasitoids may, in some cases, facilitate baculoviral infections in less susceptible hosts. Laboratory and field research have demonstrated that parasitoids can mechanically transmit baculoviruses between insects, and in this way, increase the efficacy of the viruses. Instances of new, more virulent isolates of baculoviruses have been recorded from specifically parasitoid-targeted hosts suggesting other possible benefits from the transmission or activation of baculoviruses by parasitoids. 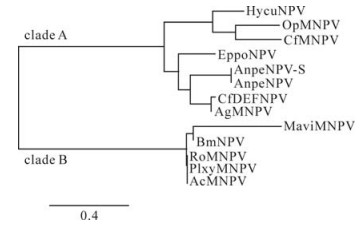 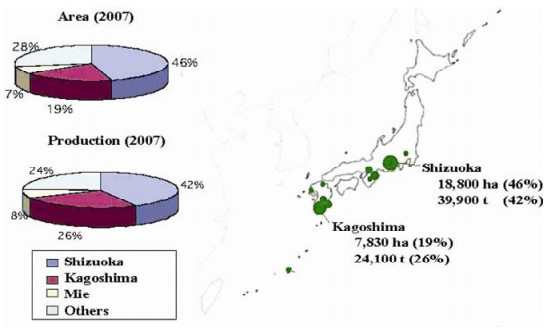 Madoka Nakai. Biological Control of Tortricidae in Tea Fields in Japan Using Insect Viruses and Parasitoids[J]. Virologica Sinica, 2009, 24(4): 323-332. doi: 10.1007/s12250-009-3057-9.
Tea is a perennial and evergreen plant. Cultivated tea trees provide a habitat for insect pests and their natural enemies. In Japan, granuloviruses (GVs) have successfully controlled two of the most important pests of tea, Adoxophyes honmai and Homona magnanima (Tortricidae: Lepidoptera). The GVs are produced in vivo and a single application sustains pesticidal efficacy throughout a year, which encompasses 4 to 5 discrete generations of both species. A. honmai and H. magnanima also have various natural enemies, especially hymenopteran parasitoids. Such resident natural enemies also play a role in reducing the pest density in virus-controlled fields, but the effect of virus infection on parasitoids sharing the same host larva has not been well studied. Survival of one of the major parasitoids of A. honmai, Ascogaster reticulata (Braconidae: Hymenoptera), is reduced by virus infection of the host. Viruses, including GV and entomopoxvirus (EPV), and certain koinobiont endoparasitoids, including A. reticulata, are both known to regulate host endocrinology. However, the GV and EPV have distinct host regulation mechanisms, and consequently have different impacts on the survival of A. retuculata, when A. reticulata parasitizes a host that is infected with either GV or EPV. These additional effects on host regulation displayed by both viruses and parasitoids affect the outcome of virus-parasitoid interactions. 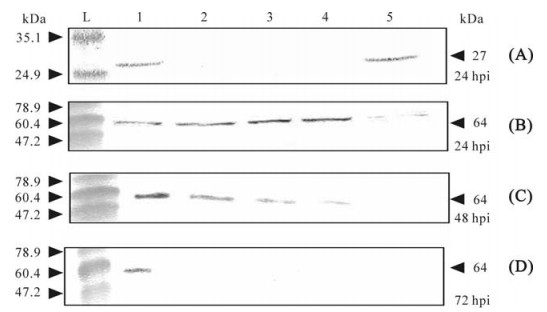 Gabriel Clavijo, Trevor Williams, Delia Muñoz, Miguel López-Ferber and Primitivo Caballero. Entry into Midgut Epithelial Cells is a Key Step in the Selection of Genotypes in a Nucleopolyhedrovirus[J]. Virologica Sinica, 2009, 24(4): 350-358. doi: 10.1007/s12250-009-3048-x.
An isolate of the Spodoptera frugiperda multiple nucleopolyhedrovirus comprises a stable proportion of deletion genotypes (e.g., SfNIC-C), that lack pif1 and pif2 rendering them noninfectious per os, and that survive by complementation with a complete genotype (SfNIC-B) in coinfected cells. To determine whether selection for particular ratios of complete and deletion genotypes occurs mainly during the establishment of the primary infection in insect midgut cells or during subsequent systemic infection, we examined genotype frequencies in insects that fed on OBs comprising different co-occluded mixtures of genotypes. Dramatic changes in genotype frequencies were observed between the OB inoculum and budded virus (BV) samples taken from larvae inoculated with OBs comprising 10% SfNIC-B + 90% SfNIC-C indicating that a marked reduction of SfNIC-C genotype had occurred in the insect midgut due to the immediate elimination of all OBs that originated from cells that had been infected only by SfNIC-C. In contrast, immediate changes were not observed in OBs comprising mixtures of 50% SfNIC-B + 50% SfNIC-C or those comprising 10% SfNIC-B + 90% SfNIC-C as most of the OBs in these mixtures originated from cells that had been infected by both genotypes. Subsequent changes in genotypic frequencies during five days of systemic infection were fairly small in magnitude for all genotypic mixtures. We conclude that the prevalence of defective genotypes in the SfNIC population is likely determined by a balance between host selection against OBs produced in cells infected by SfNIC-C alone and within-host selection for fast-replicating deletion genotypes. The strength of intra-host selection is likely modulated by changes in MOI during the infection period.